When you are considering giving up the vote A call to hope and not giving up!

If ever we needed to humble ourselves and pray for our land, stand up and be counted, it is now…

Thank you, Lord, for our home of many blessings…

“I’ve been hearing it everywhere,” the Pastor began Sunday. “People proclaiming they don’t like either candidate, have good reasons to feel that way, just want to give up and not vote.  But God– what is HE saying?  Believe me – I do understand this sentiment, but now is NOT the time to give up! God is warning us, we are on a precipice in time…”

Inwardly, I nodded assent.  Sat forward a little to hear.

“What we don’t realize is that God is holding us responsible for the gifts He has given us – especially the gift of voting. And we will reap what we neglect or empower…

“‘But Pastor,’ you argue, ‘how can I choose between hateful over another?’  And I feel His compelling to warn you.  God is impressing me more and more as I’ve prayed about his leading on shepherding this church — good people are responsible in His eyes for doing nothing.  Just as they are responsible and will take on the judgement that is applied to any they align themselves with, knowing the evil stand that one represents and just sloughing it off.”

“That scary thought makes it all the more intimidating,” I thought.  “What if we align ourselves with the wrong one?” Images of Bible heroes flit through my thoughts.  Of King David, man after God’s own heart, yet a murderer and philanderer, too.  And of all of us, trying to decide between murderers and philanderers.

His next words broke through with deep resonance.  “In this election that is unlike any we have ever known, it is coming down to so much more than individual candidates who are not faultless.  We will never find people who are perfect – but the Holy Spirit is calling us to looking to Him as our leader.

“To seeking out information on what each platform stands for, and to seeking God on which one aligns with His Word.

“This election goes far beyond who will be President, but will determine the way of our judges, the government of our children’s lives for decades to come… and that above individual candidates, is the true question —

“Which platform’s thoughts will we allow to ultimately govern us?”

Listening, I felt as though he were shining a light on a dark corner in a deeper way.  Putting words to my wordlessness when I come up against those who are telling me they probably just won’t vote.

More than for a person, the pastor explained, we are actually voting their platform.  “Whether we believe it or not, each one has aligned themselves with a separate party platform,” he said.  “We may shrug that they don’t really follow it, but they MUST!  Whoever is elected, we as God’s people are responsible to hold them to it.

“But – how many of us are trying instead to choose as if in a popularity contest instead of really taking time to knowing those platforms?”

Suddenly, it made sense.  I thought of all the on the street interviews I’d watched this weekend, so many uninformed people just talking as inanely as I like her face, I hate his hair.

O God, I prayed… wake us up to how vital this is!

His next words compelled me to share them here with you today,

“If it helps – do not think so much of choosing between two candidates, but between the platforms they stand on.  It is vital that you sit down and investigate the platforms as they are written out – contracts with the people – and compare them to what the bible says.  Becoming informed is the armor God gives us and He makes us responsible for doing so!

“I am not telling you whom to vote for,” he continued, “but I am going to open up these platforms before you each week from now to election, then share the bible’s viewpoint and ask you to prayerfully compare…”

He chose abortion as his first key to explore, while I sat gobsmacked as he simply read the stance of Democratic Platform vs. the Republican.  I know the party I align myself with, but hearing it in such blatant black and white strikes the heart at the crucial and momentousness of this coming vote!

Tears choked him as he read these platform contract with the people statements… they blurred and starred my own eyes as I listened.  And though I don’t really talk politics on here  (or really anywhere) … I think I heard God’s whisper to my own heart.  Share this on the blog!

For this is NOT about politics.  Or about telling you whom to vote for.  It is understanding God’s leading on a gift He has given us… that He has put us in a nation, free under Him, and given us the gift of electing…  Do we want to throw that away?  And if we do, what does God say about it?

The pastor began on page 25 of the Democratic platform.  You can read that here:    DOWNLOAD THE DEMOCRATIC PLATFORM

Then he read the Republican.  DOWNLOAD THE REPUBLICAN PLATFORM

Believe me… it is eye opening.

Then…  he compared to what God says in His Word, giving us several verses.  Reminding us to be careful before God on whom we align ourselves with – more than with a particular person  —  as far as their platform goes…

Deuteronomy 30:19 (NIV) —  This day I call the heavens and the earth as witnesses against you that I have set before you life and death, blessings and curses. Now choose life, so that you and your children may live

Psalm 139:13-16  (NIV)– For you created my inmost being;  you knit me together in my mother’s womb.  I praise you because I am fearfully and wonderfully made; your works are wonderful, I know that full well.  My frame was not hidden from you when I was made in the secret place, when I was woven together in the depths of the earth.  Your eyes saw my unformed body;  all the days ordained for me were written in your book before one of them came to be.

Isaiah 44:2 (NIV) —  This is what the Lord says—  he who made you, who formed you in the womb,  and who will help you: Do not be afraid, Jacob, my servant, Jeshurun, whom I have chosen.

Jeremiah 1:5 (NIV)  — “Before I formed you in the womb I knew you, before you were born I set you apart; I appointed you as a prophet to the nations.”

Psalm 22:31 (NIV)  – They will proclaim his righteousness,  declaring to a people yet unborn:  He has done it!

Psalm 75:5-6 (NIV) — Do not lift your horns against heaven;  do not speak so defiantly.’” No one from the east or the west or from the desert can exalt themselves. 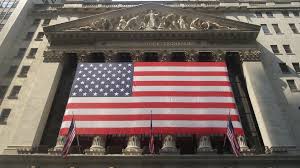 Do we have the right to give up the vote?  When I read these I know Heaven’s answer is a thunder-clapping, resounding, NEVER!

That’s why, I encourage us all to know the platform for which we vote!

And I would entreat those who are not in this nation – please keep us close in heart prayer as we go to this election, feel free to share this on Facebook…  for certainly, our vote has world effect.

Holy Spirit, give us Your Wisdom!  Help us not to give up…but to know and follow Your leading in all our ways!  To really understand the responsibility You gift us with… especially in bringing Your Light forward when confronted with what looks only darkness…

29 Responses to When you are considering giving up the vote