Happy St Pat’s Day! And How a Real Life Storybook Town came to be… 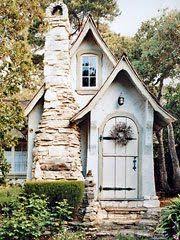 Along the Pacific Coast Highway of California, a little artist’s jewel lies between the seal-frolicking ocean and a fairyland of winding woods, called Carmel-by-the-Sea.

In my memories, fog often mists the early morn there, like in a sleepy English village where the sun takes its time to splash patches of light upon low pitched roofs of quaintly built shops and bakeries and art galleries wending up and down narrow, cobbled streets…  The scents of sea and salt and baking bread and cinnamon rolls and hot fresh scones mingle and waft those streets; the scurrying feet of squirrels so used to public that they will willingly hop into your open car if you let them dash here, there.

The graceful bending of native cypress trees out over the ocean, Monterrey beauties I’ve only seen there and always recognize in classic movies, line the 17 Mile scenic route… take you to the sea splashed rock where seals preen and clap their hands and belly-bark in general showing off for the tourists.

And suspending disbelief… you might just think you’ve stepped back into Brigadoon or some such old or dream-like Britain, Scotland or Ireland village…

So, when google search for “Irish cottage by the sea” led me to a photo of this Hansel Cottage, naming it as the first of many fairy tale cottages built there in Carmel by a man named Hugh Comstock nearly 100 years ago  — well, I knew in an instant.  This was the “leprechaun” cottage I wanted to draw for St. Pat’s!

The story of how Hugh came to build such a charmer is a storybook in itself and I wonder – how is it I’ve never heard of these homes?

Taking a trip to visit his sister in 1924, the bachelor Hugh met, fell in love with and married  a doll maker, Mayotta Browne, within the year.  The creator of a shop and booming business called Otsy-Totsie’s, Mayotta wondered – could her creative husband build her an additional way of showcasing her dolls?

Not really an architect, Hugh did enjoy the whimsical.  Inspired by style of British illustrator Arthur Rackham, he conceived the first of his fairy tale cottages – a delightful mix of handmade details and quirky architecture. Like an illustrator bringing storybook to life, he purposely skewed the construction in an imperfect but stunningly charming way (oh, don’t you just love the rumble tumble of the stone chimney and the scallopy edge  of the roof lines?) and named it Hansel Cottage – one can only think of Hansel and Gretel fame.

A local newspaper, The Carmel Pine Cone, immediately smitten with Hansel Cottage, saw so much more – and declared Hugh a wonder and a genius!  Soon, residents from all over clamored for fairy tale house plans of their own.  Writers and artists living in Carmel, such as Jack London, Mary Austin, Sinclair Lewis, Upton Sinclair and George Sterling added to Hugh’s design popularity.  Within five years, Hugh built numerous more storybook cottages and became a huge influence on the architectural style of the little colony by the sea.

I loved reading this story, hearing how this little village I’ve walked many times came to such charming design, and finding that these homes have been maintained, restored and kept up over all these years…  Homes that were built with materials recorded for as little as $100, now soaring to the unfathomable amount of $4 million…

I don’t often work completely in color, but the more I sketched, the more I saw this one in pastels and pen and pencil, in keeping with the fairy tale style of its originator.    Now I can’t wait to add more to this storybook cottage series…  with names like the Tuck Box, the only commercial building Comstock built; Gretel, the companion house to Hansel; the Honeymoon Cottage; Casanova; Fables and Sunwiseturn, and others, who can resist?

I hope you find my drawing of this “leprechaun cottage” just as irresistible!

Did you notice the mini house set out on the porch chimney rock?

“Hansel Cottage” above: mine.  (Please do not copy without permission. See my copyright info button on the sidebar.

Visit  my  The Luck of the Irish  gallery at Picture it in Pen and Ink to see more!